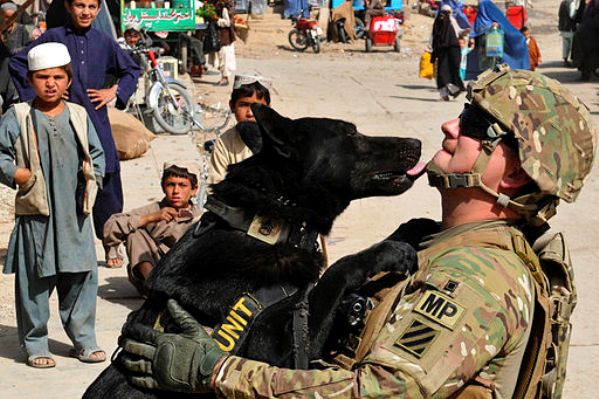 On average, every U.S. military working dog saves from 150 to 200 servicemen and women during his career. And what rewards are bestowed upon these heroes when they retire from duty overseas?

None. The sad fact is that they are usually left behind on enemy soil, since these retired working dogs are considered civilians and not permitted on military vehicles. The cost to transport them home is prohibitive.

But working military dogs may no longer have to face this undeserved fate. Yesterday the U.S. Senate voted 71-25 to pass the National Defense Authorization Act (NDAA), which includes a provision that these dogs will be returned by the military to U.S. soil when they retire, and their handlers will have first dibs on adopting them as pets.

New York Sen. Chuck Schumer (yes, he’s a second cousin of comedian Amy Schumer) pushed for the bill’s language that allows handlers to adopt the dogs who served alongside them.

“After all we know about treating debilitating post war conditions, like PTSD and other health afflictions, it makes absolute sense to keep service members joined with their service dogs,” Schumer said in a Memorial Day press release. “Here we have a commonsense policy that is good for the animals that give it their all for America — and for the American heroes who love these dogs so dearly.”

Three years ago, Schumer helped Cpl. Meagan Leavey adopt Sgt. Rex, her military working dog. Since Rex was 10 years old at the time and in declining health, Schumer urged the Air Force to expedite the process. All former military working dogs should be able to enjoy a retirement like Leavey gave Rex, Schumer said — one of “love, devotion and gratitude.” 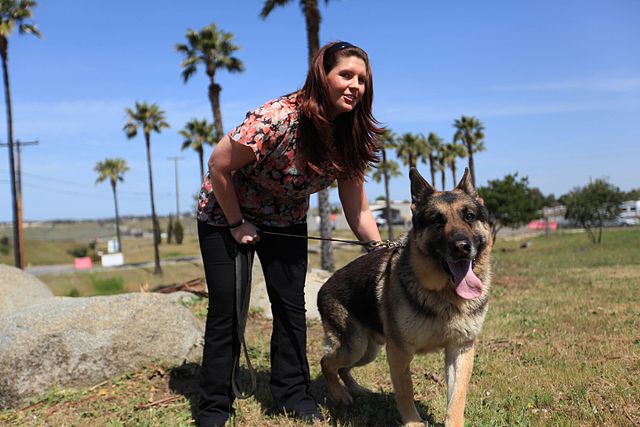 The NDAA provision, supported by the American Humane Association (AHA), was introduced in the House by Rep. Frank LoBiondo and in the Senate by Sen. Claire McCaskill.

“Today, America’s military working dogs are one step closer to being guaranteed treatment as the heroes they are,” said Dr. Robin Ganzert, AHA president and CEO, in a press release today.

“We believe all our veterans – two-footed and four-footed – should come back to a hero’s welcome, a loving, forever home, and the happy, healthy, and dignified retirement they so deserve after a lifetime of service to their country,” Dr. Ganzert said.

“That hope is now within sight of becoming a reality.”