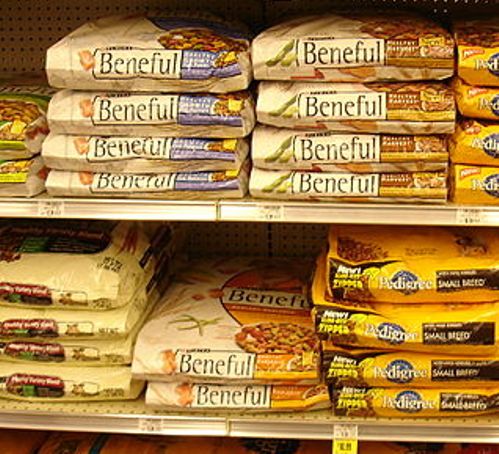 They asked Hamburg to have the FDA investigate the claim and provide updates about measures being taken to prevent contamination of pet food.

“To our knowledge, the FDA has not issued any investigations, warnings, consumer guidance or product recalls to address these alarming issues,” the senators wrote.

After thousands of dogs and cats died eight years ago as a result of eating contaminated pet food, Congress passed the FDA Amendments Act of 2007. It requires improved regulations for pet food safety, including stronger labeling requirements, an early warning system for tainted food, and establishing standards for ingredients and manufacturing.

“However, eight years later, most provisions of the pet food safety law have not been implemented and protections Congress enacted are not in place, amid allegations of contaminated Beneful dry kibble,” the senators wrote.

“To put it frankly, the food safety system Congress fought to develop has not been put in place by the FDA.”

Frank Lucido, who filed the suit against the Nestlé Purina Petcare Company in a California federal court, said he began feeding his three dogs Beneful dry dog food in December. Within a month, all three began suffering stomach and liver problems. His English Bulldog died on Jan. 23 due to internal bleeding and lesions on his liver. His other two dogs, a German Shepherd and Labrador, are showing similar symptoms.

These were far from being isolated cases. According to the lawsuit, there are thousands of complaints on the internet (including several hundred on ConsumerAffairs.com) “about dogs becoming ill, in many cases very seriously ill, and/or dying after eating Beneful.”

All of these dogs had the same symptoms: vomiting and liver problems.

The suit says the food’s main ingredient, propylene glycol — which is also a component of automotive antifreeze — is toxic to dogs. This ingredient apparently helps keep the kibble moist, but it has lead to problems including internal bleeding, liver malfunction or failure, vomiting, diarrhea, dehydration, weight loss, seizures, bloat or kidney failure in at least 3,000 dogs who digested it, according to the lawsuit.

Beneful may also contain mycotoxins, which are toxic byproducts of mold.

“We at Beneful want you, our valued customers, to know that this lawsuit is baseless; you can continue to feel confident feeding your dogs our food,” the company stated on its website Feb. 26.

“Adding to the confusion, social media outlets can be a source of false or incomplete information, as many other pet food brands have experienced themselves.”

Keith Schopp, vice president of corporate public relations, said in a statement to The Daily Beast, “We intend to vigorously defend ourselves.”